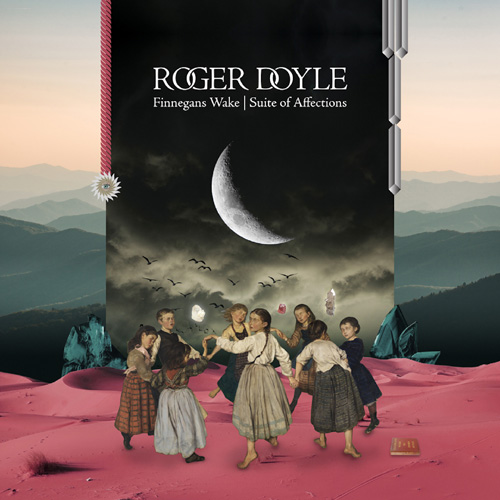 Finnegans Wake – Suite Of Affections
15 chosen spoken extracts from James Joyce’s Finnegans Wake, set to music. The title comes from a phrase in the book “to share our hard suite of affections”. The music ranges through many styles without blinking an eyelid. (2022). CD, and digital with bonus tracks.
Preview or Buy 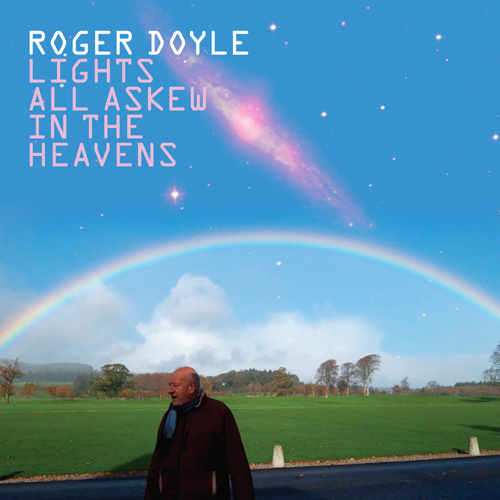 Lights All Askew In The Heavens
Electronic music inspired by the Aurora Borealis. The title coming from a 1919 headline in the New York Times, proving Einstein’s theory that light could be bent by gravity. CD, download and streaming. (2021).
Preview or Buy 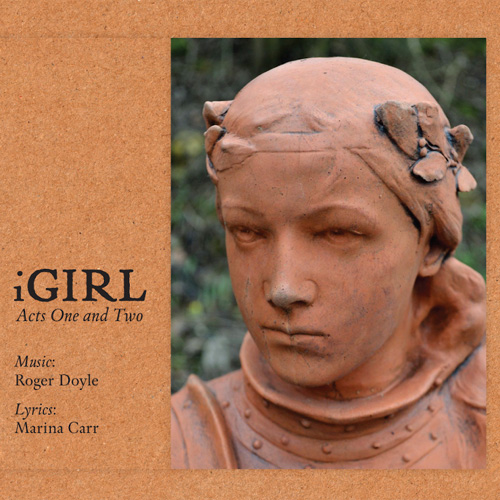 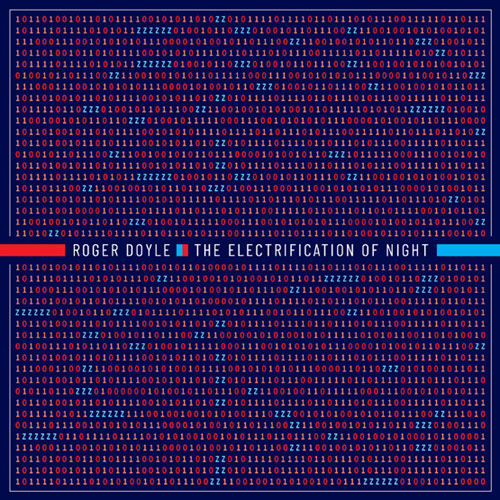 The Electrification Of Night
14 compositions for electronic sounds and keyboard-based software instrumentals. “it’s the product of a master musician at work”. Classical Ear UK. CD, download and streaming. (2019).
Preview | Buy 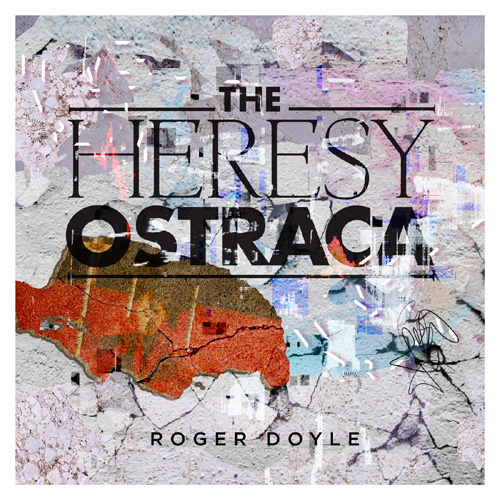 The Heresy Ostraca
A remix album which fragments audio files taken from the Heresy opera recordings and makes unrecognisable new pieces from the re-assemblage. CD, download and streaming. (2018).
Preview | Buy 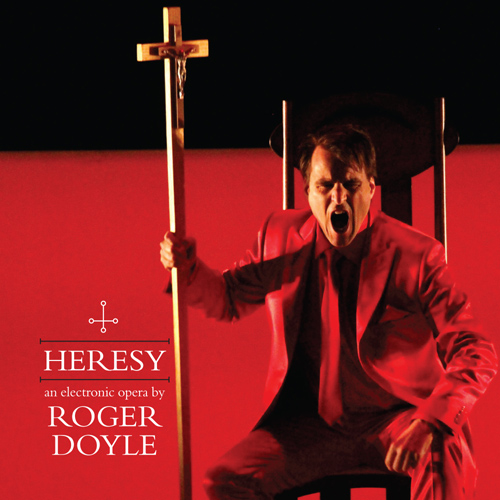 Heresy
The studio recording of an electronic opera based on the life and work of philosopher monk Giordano Bruno, who was burnt at the stake in 1600. A double album with 24 page booklet. (2017).
Preview | Buy 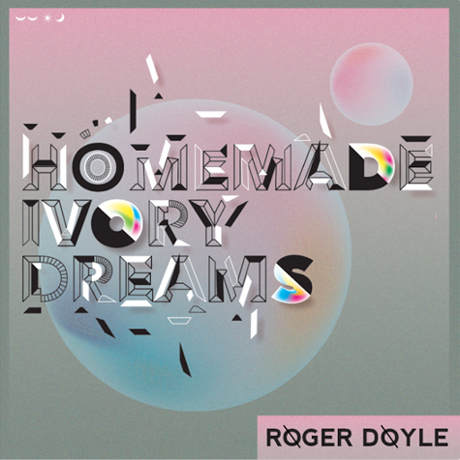 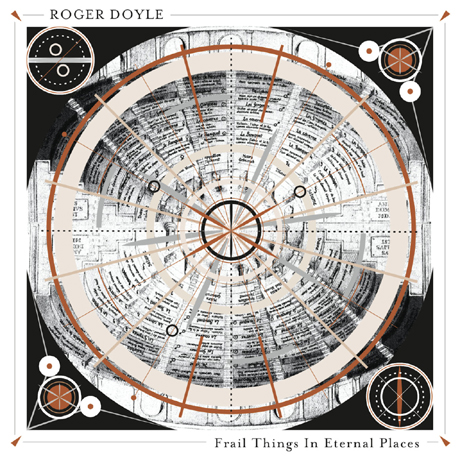 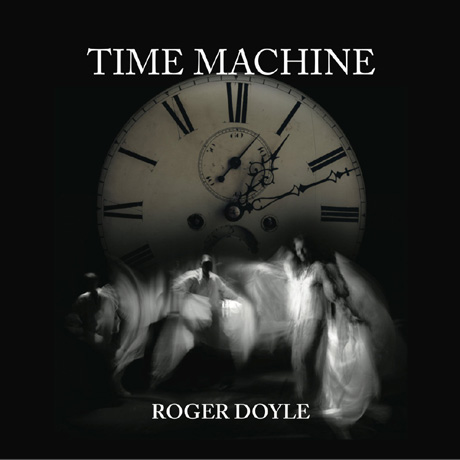 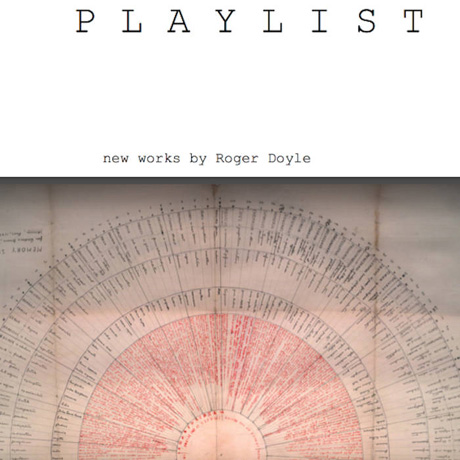 Playlist
A place which you can visit from time to time and listen to new tracks as they are being composed by Roger Doyle. Currently ‘Finnegans Wake – Suite Of Affections’.
Preview | Buy 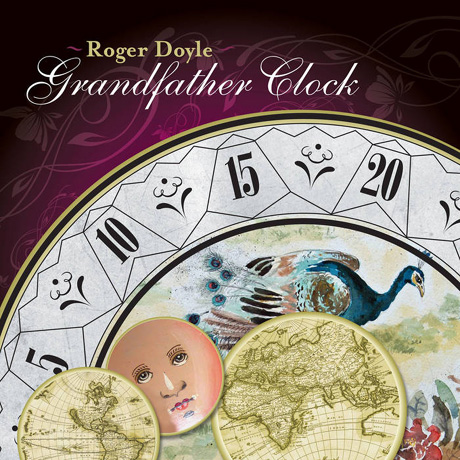 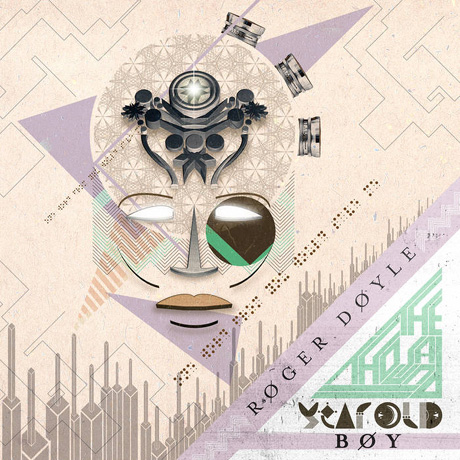 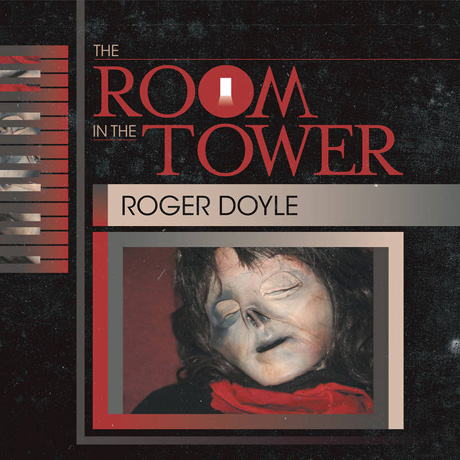 The Room In The Tower
The second in the ‘cinema for the ear’ series – a soundtrack for an imaginary horror film, with no screen, based around a recurring nightmare. (2011).
Preview | Buy 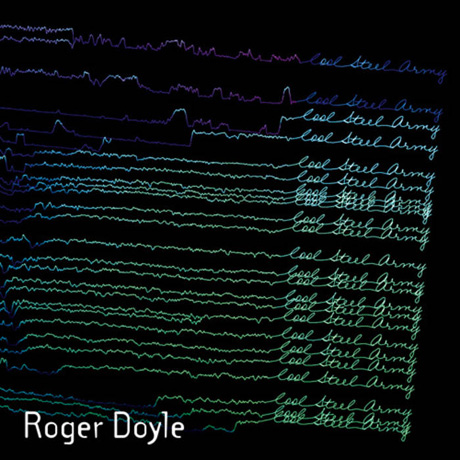 Cool Steel Army
3 pieces, including a soundtrack for an imaginary film with virtual orchestra and acted scenes. A biopic without the pic. (2009).
Preview | Buy 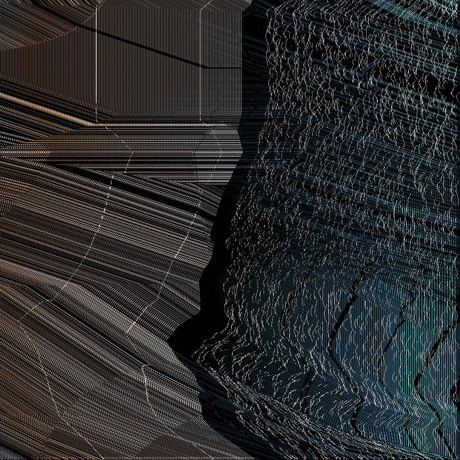 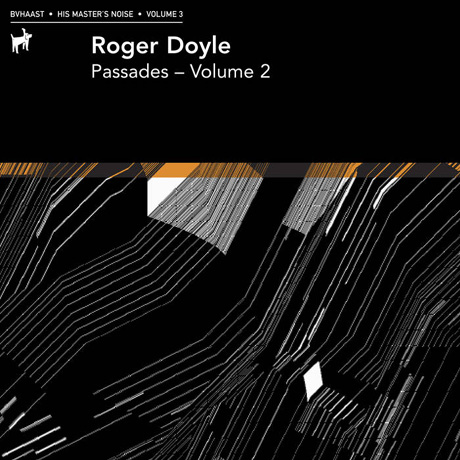 Passades – Volume 2
Working with the creative possibilities of software which freeze-frames sounds, and allows them move forwards or backwards slowly (2005).
Preview | Buy 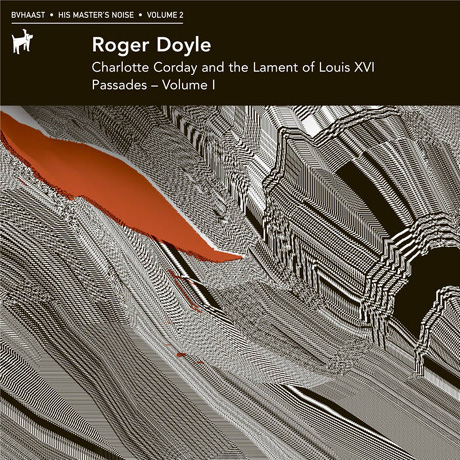 Passades – Volume 1
A Passade is an equestrian term meaning to move forwards or backwards slowly over the same space.; and a French Revolution bi-centenary commission from 1989 (2004).
Preview | Buy 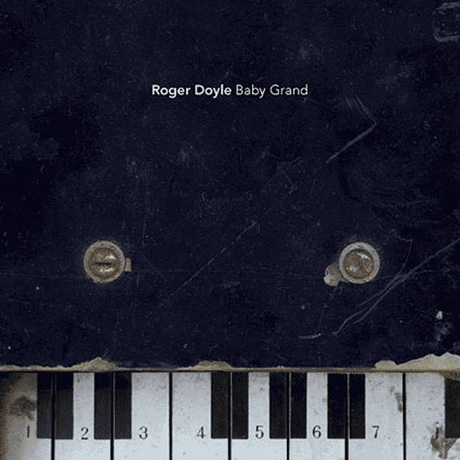 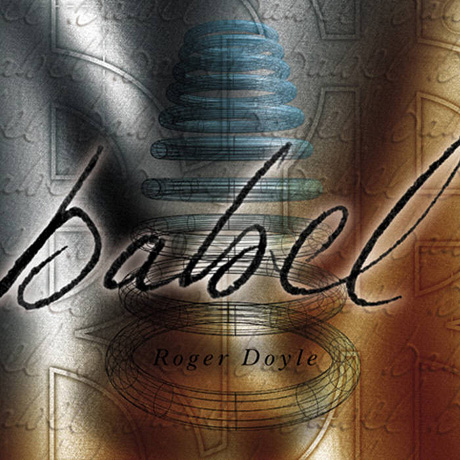 Babel
Doyle’s magnum opus originally released as a 5-CD set in 1999 – the result of ten years’ work. A journey through a virtual tower city, including its own radio station, in a multiplicity of music languages. 103 pieces of music. 48 collaborators.
Preview | Buy 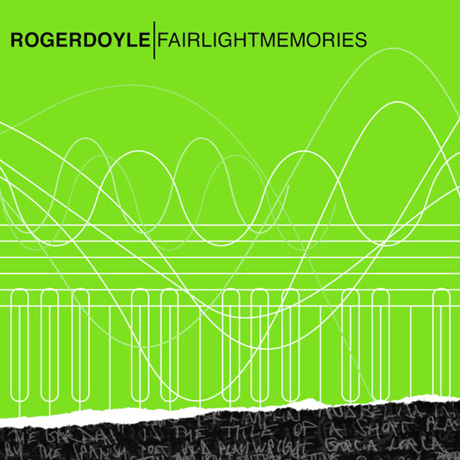 Fairlight Memories
A double album of pieces composed between 1983 and 1988 on a Fairlight Computer Music Instrument.
Preview | Buy 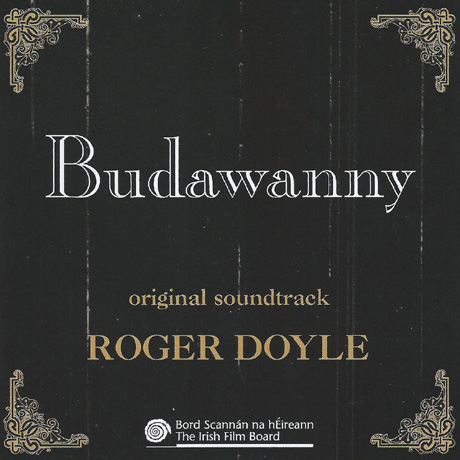 Budawanny
The soundtracks of 2 films made in the 1980’s, directed by Irish film-maker Bob Quinn; and an arrangement of an old Irish song. Budawanny shot as a silent film with 70 minute score.
Preview | Buy 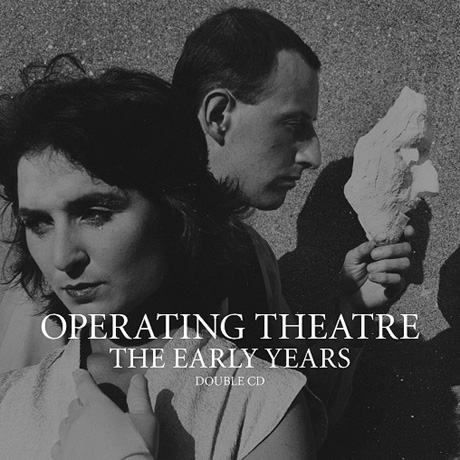 Operating Theatre – The Early Years
A double album release to celebrate the 25th anniversary of the founding, by composer Roger Doyle and performer Olwen Fouere, of the music-theatre company Operating Theatre in 1981.
Preview | Buy 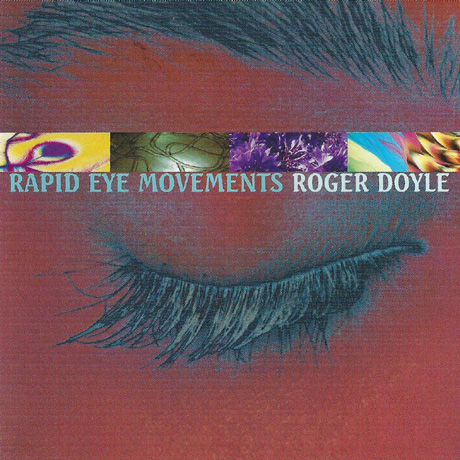 Rapid Eye Movements
3 electro-acoustic works composed in studios in Finland and Holland, and an early piano suite. Remastered 2002. Original release 1981: United Dairies, London. The title track is an attempt at ‘a masterpiece before the age of 30′.
Preview | Buy 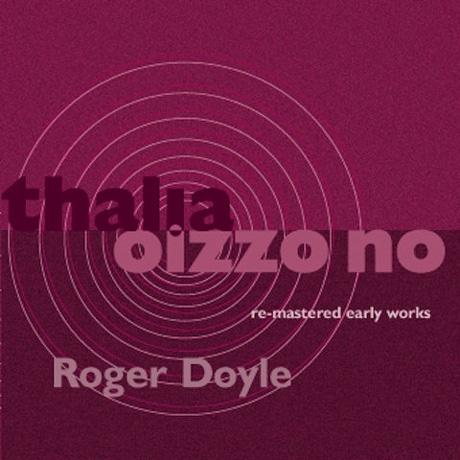 Thalia/Oizzo No
This is a re-mastered album from 2002 of Doyle’s early works – his first 2 releases, originally on vinyl Oizzo No (1975: self-released) and Thalia (1978: CBS Classics)
Preview | Buy